Do you have a good chore system that you use at your house? I’ve struggled to find a good one that works well at our house. I’ve shared this chore chart and this chore chart in the past, and they would work for a few of weeks, and then they would kind of die off. So, when summer started, and I came up with our summer schedule, I was really looking for a way to simplify the chore system. This is what I came up with, and so far, it seems to be working.

I put together this summer schedule. When school got out I felt like everything was chaos, so I wanted to try and have some type of schedule. We don’t stick to it perfectly, but we do try, and it seems to help. My boys like to be able to read it and see what is next as well. If you have any interest in downloading this Summer Schedule, you can find it here. Printables are for personal use only. 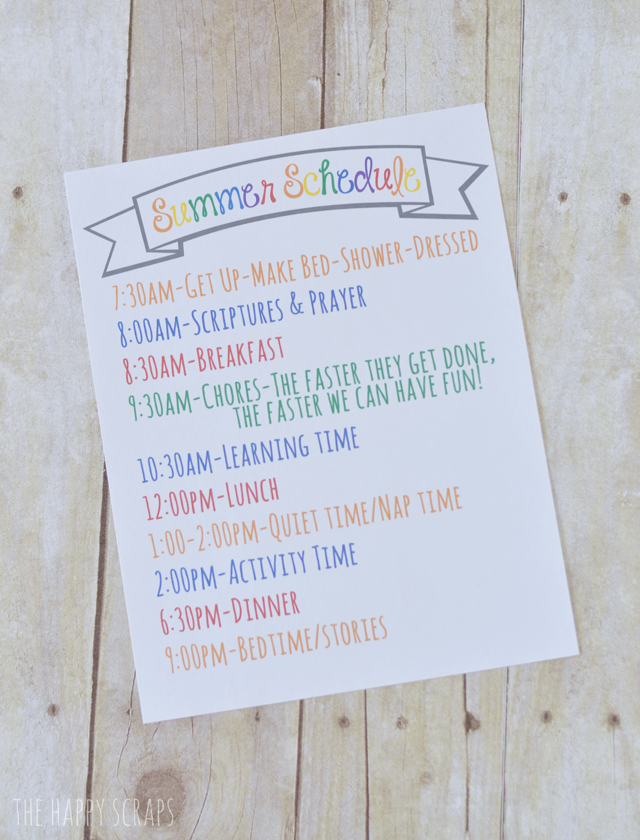 The chores that I have my boys do, haven’t changed in a while. But, they would always ask me what there chore was today, and I would just think of something that needed to be done, and tell them to do that. Then I would find myself getting frustrated that they didn’t get their chores done properly. So, I made up these lists of what I expect from them when they are assigned to a certain chore. Now, when I ask them if their chores are done and they tell me yes, I ask to make sure that they did everything on the list. I don’t have to hound them, like I have in the past. It is SO nice! If you would like to download these cards, you can find them here, here, and here. These printables are for personal use only. I laminated them once I had them all printed and cut. Then I punched a hole in the corner to add the binder ring. 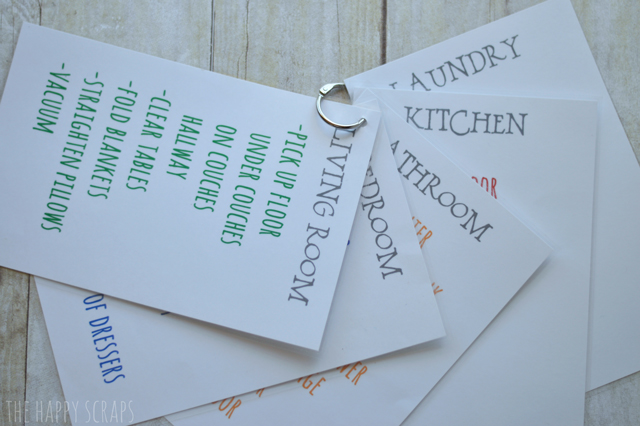 The last thing that I did to simplify the chore system was create this chore wheel. I used the Cricut Explore to make it. One of the things I love about the Cricut Explore is that it can write rather than cut! It really is a fun feature. So I got into design space and I designed this wheel chart. Then I told it what I wanted it to write rather than cut, and told it what colors I wanted it to write. It is so smart that it told me what colors of pen to put in, and when it needed them. Anyway, you could make something similar on your own, but I thought it was fun to use the machine for this. I also decided that I would let my boys stay on one chore for an entire week. Like I said before, I used to just tell them a chore that needed to be done, and let them do that. This way, my boys are able to really learn how to do each chore since they are on it for the entire week, and if they keep it up, then the chore will be easier the remaining days of the week. 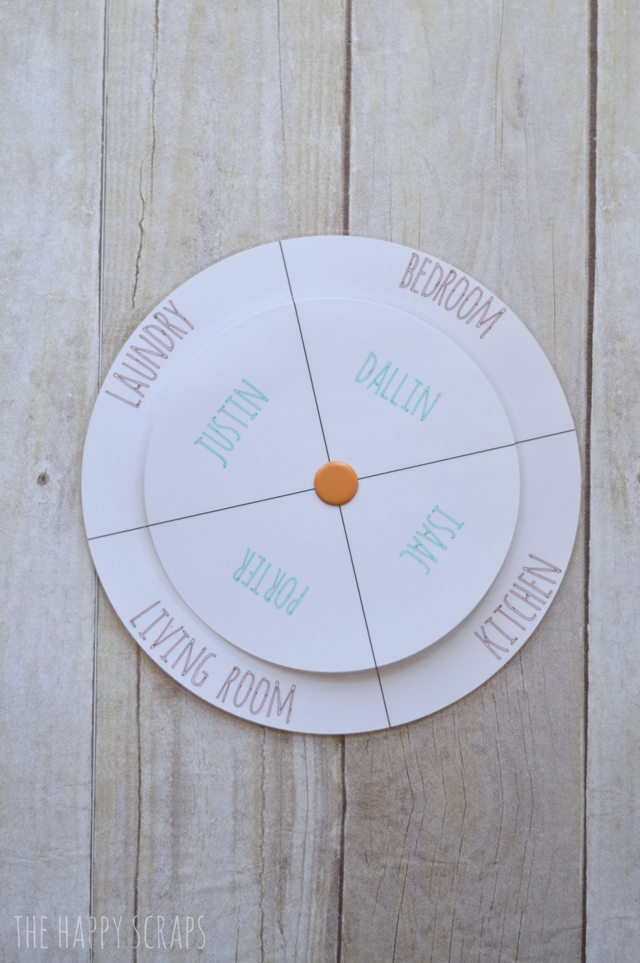 So this is how I’ve put together my Simple Chore System. Once I had all of the pieces, I hung them on a magnet board that I have. It is in a central location, so it is easy for the boys to know what they should be doing. I would love to hear ideas of other simple chore systems that you might use. I don’t think this one will last forever, but if it last through the summer, I’ll be happy. 🙂

The images and text on this site are copyright of The Happy Scraps. If you would like to feature a project or image on this site please email [email protected] Thank you! Please read the Privacy Policy and Disclosure here.
42 shares