Isn’t this just the cutest Gobble set you’ve ever seen?! This was the prize for having the most bunkos for my group. I can’t take all the credit though, I pretty much copied the Gobble on display at The Wood Connection for this one. Sometimes it’s just easier {especially when you’re stressed and in a hurry} to just copy what you’ve seen, rather than come up with your own design! That was the case with this project.

The paper used for this is Echo Park Dots & Stripes in Metropolitan and Candy Shoppe. These papers have been some of my favorites for a while now. I used Mod Podge to adhere the paper to the wood and added some of the fun twisted wire on the ‘b’ and also added a little ribbon. 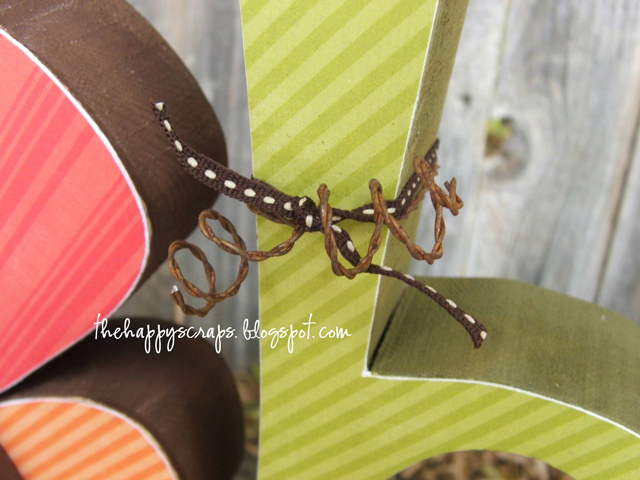 Here is the Turkey for the ‘o’. 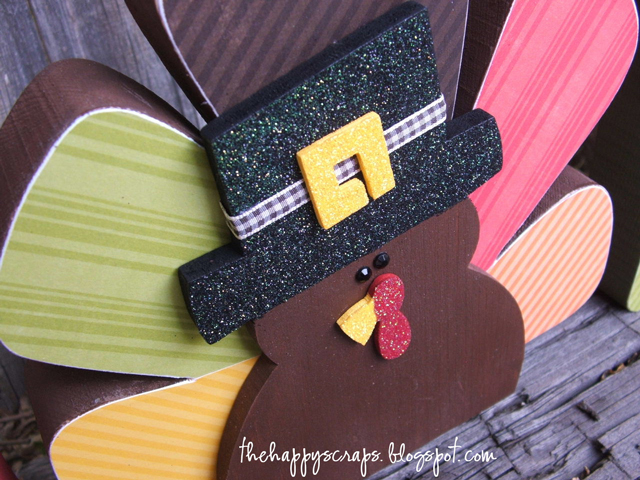 This is one of those projects that I had a hard time giving away, even though when I purchased it, I knew I wouldn’t be keeping it. But isn’t it a fun Thanksgiving decoration?

I still have a couple more Bunko prizes to show you, so I’ll post those next week!

« be thankful
Indians, Pilgrims, and Turkeys, Oh My! »