A few months back, our town was having their town days. They have several different activities that go on for a few days. They have a rodeo, car show, parade, etc. They also have some fun activities in the park. We haven’t lived here for to long, so we decided to check out more than the parade this year, like we did last year. We went to the park and watched some trampoline athletes and then got ready to watch a movie in the park. I didn’t know what the movie was until we got there. It was the Lego Batman movie. I had never seen it before. My older four boys had seen it, but my two year old hadn’t. Ever since then, my two year old has been OBSESSED with Batman. Well, being the crafty mom that I am, I decided that I would make him his own Batman shirt. So today, I’m sharing the tutorial with you for making this DIY Toddler Batman Shirt, just in case you also have a Batman obssessed toddler as well!

This DIY Toddler Batman Shirt post contains affiliate links. If you click on an affiliate link and purchase something, you won’t pay anything extra, but it will help support this blog. All ideas and opinions are my own. 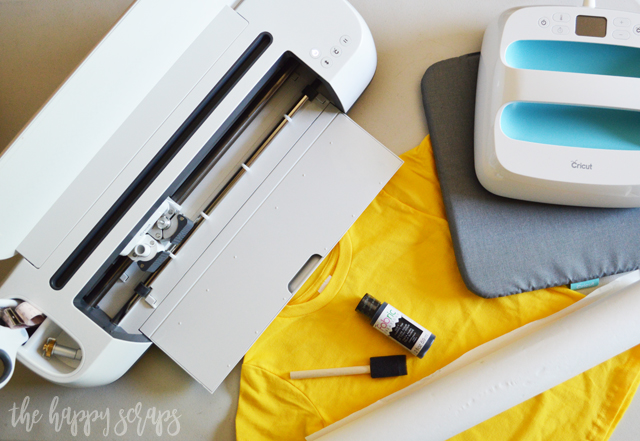 I trimmed a piece of freezer paper off the roll and placed it on my LightGrip Cricut Mat. I selected freezer paper in Cricut Design Space from the material settings, then cut the design. 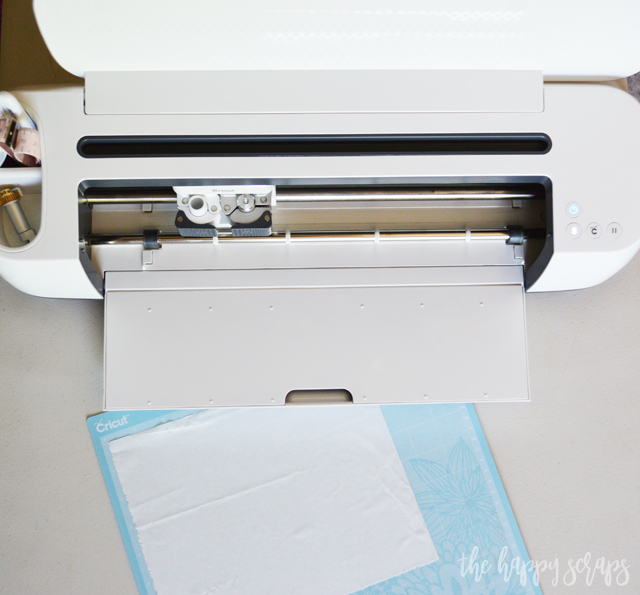 I placed the design on the shirt where I wanted it. 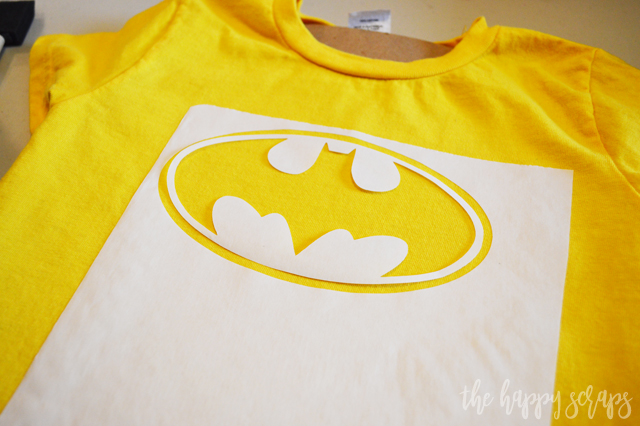 I used the EasyPress to get the freezer paper to stick to the shirt. 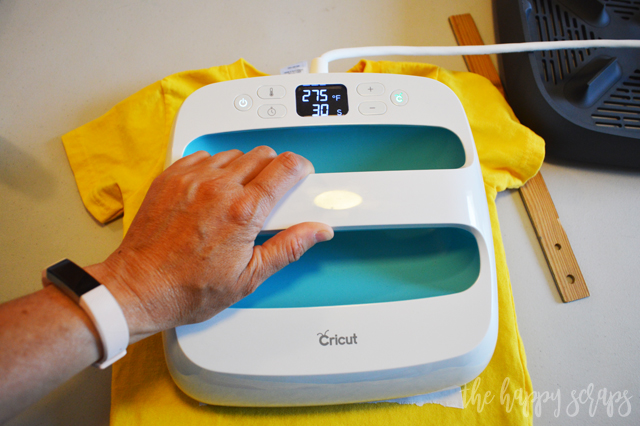 Once I had it on the shirt where I wanted it, I was ready to paint. 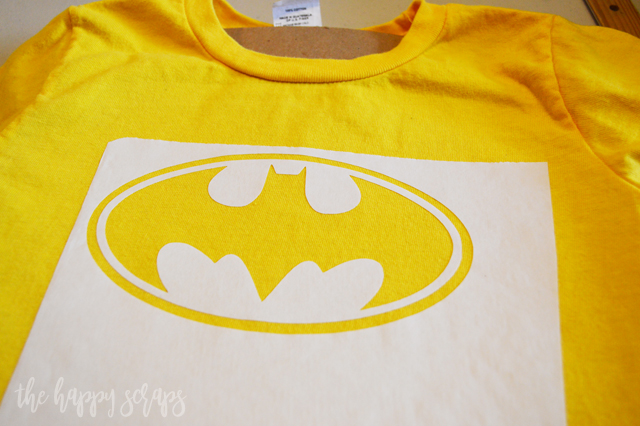 I used this Plaid Fabric Creations paint, and followed the directions on the bottle. 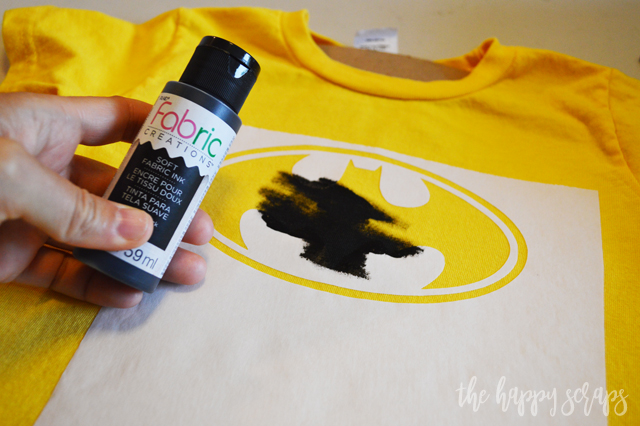 I used the sponge paint brush to paint it all. I let it dry and made sure that I didn’t miss anywhere with the paint. 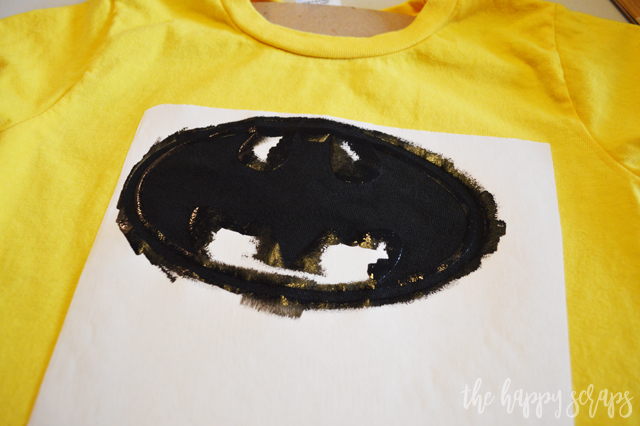 I peeled up the freezer paper and let it dry for 24 hours. 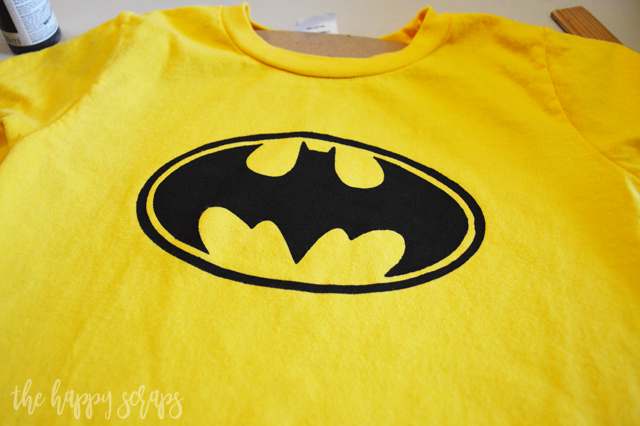 After it had dried, I heat set it with the EasyPress again. After 72 hours I washed it. 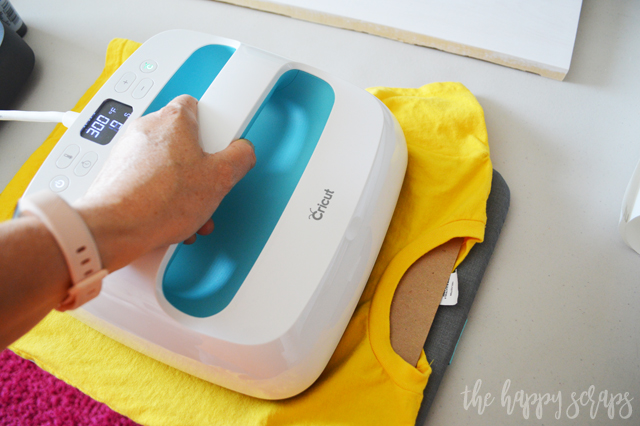 My little Batman loving two year old couldn’t be happier with his DIY Toddler Batman Shirt. I don’t think it has ever made it into his drawer, he wants to wear it as soon as it is clean, and even pulls it out of the dirty clothes and wants to wear it sometimes. 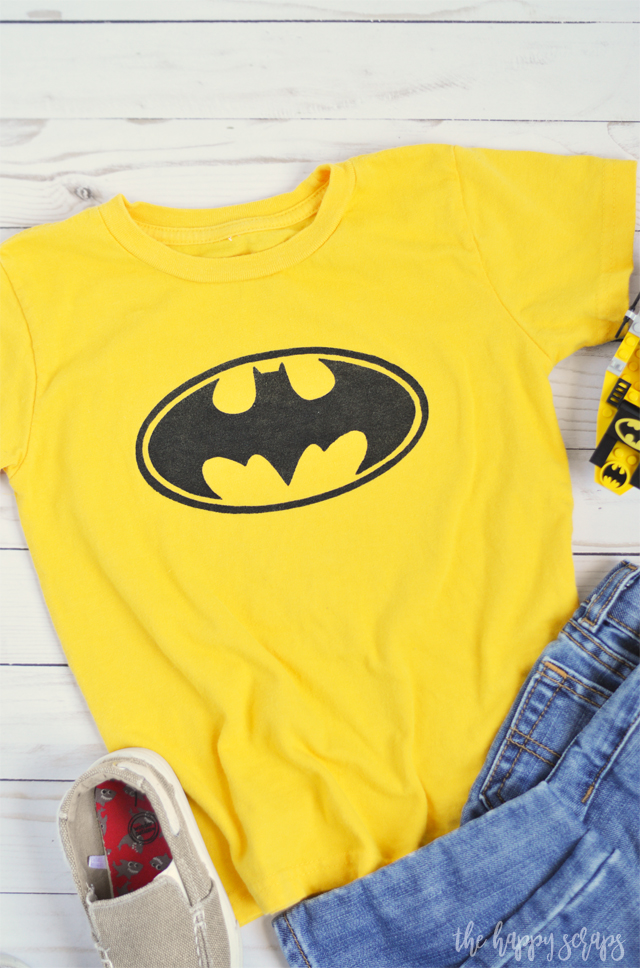 I, of course, don’t let him wear the dirty DIY Toddler Batman Shirt, but it sure makes me happy that he likes it that much! 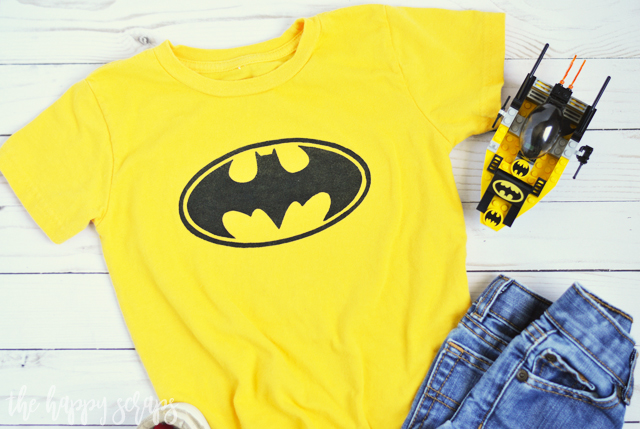 I do like that I decided to use fabric paint on this, rather than HTV. With some projects I’ve done, I have found that some HTV doesn’t last as well as others, and I wanted this to be long lasting! 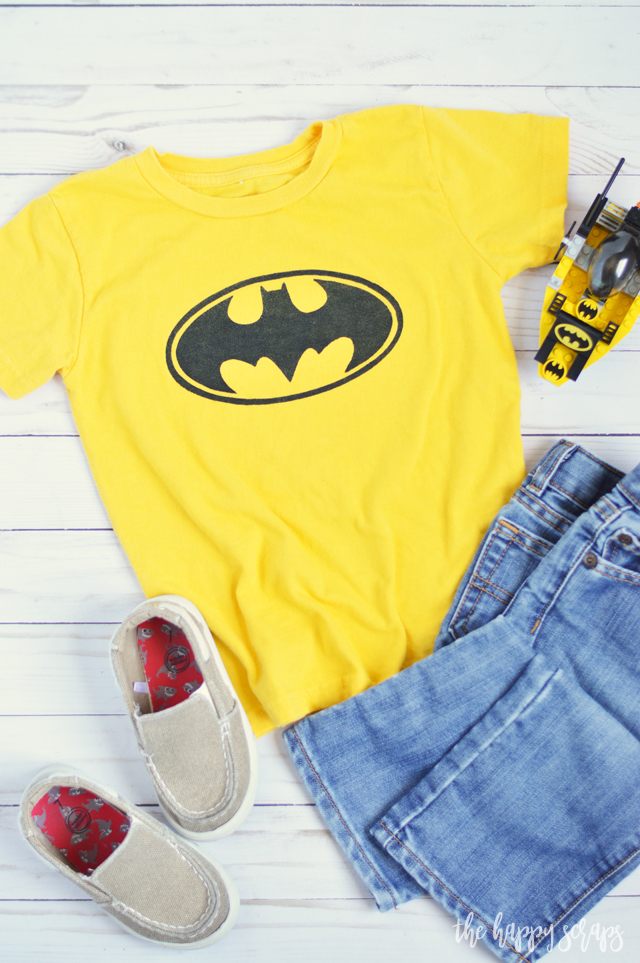 Have you ever used a freezer paper stencil for a project? It’s a different and fun way to do things. I’ve done it a couple of times. You can see those projects here.

The images and text on this site are copyright of The Happy Scraps. If you would like to feature a project or image on this site please email [email protected] Thank you! Please read the Privacy Policy and Disclosure here.
114 shares