Way back on the 18th of February, I found out that I had made it into the Creative Bloggers Got Talent contest! I was pretty excited about it. {Thank you to all who voted for my Magnetic Menu Board that helped me get in!} Anyway, I got in, and then I got sick. I was in bed for three days of the week that I was supposed to be working on an extremely awesome project to turn in for anonymous voting. Towards the end of that week, I was starting to feel better but still not 100%. By the time Saturday the 25th came around, my project was due and I didn’t have anything done! EEK! I ended up putting this banner together and sending it in for my project. I was wishing I could have done something more, but I just couldn’t that week. I thought for sure that I wouldn’t make it past the first round, but I DID!! 🙂 I was shocked when I found out! Anyway, Thank you to all those that voted on my banner not knowing it was mine! I’m excited to get started on my next project that is due next weekend {even if I don’t have any idea what I am going to do for it yet!} 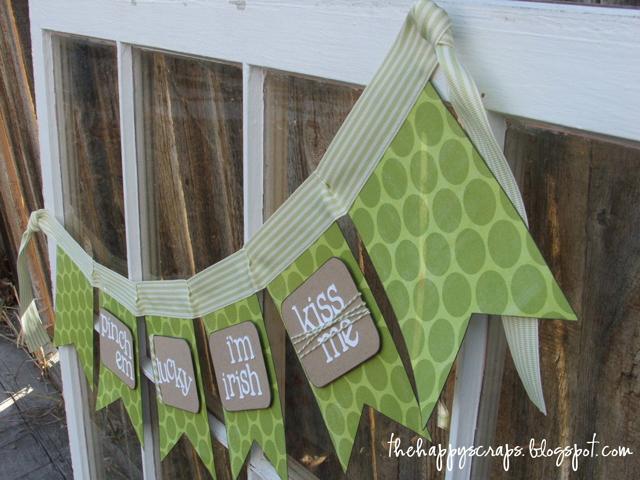 I inked the edges of the flags and the kraft cardstock, then I adhered the sayings that I’d cut out. On a couple of the flags I wrapped some twine around them for a little extra flair. I used dimension squares to adhere the kraft rectangles with the words on them. When I had all the the flags put together, I took some ribbon and sew-ed the flags to it. It didn’t want to lay in a curve like I wanted it to, so I made some pleats in the ribbon, and I like how it turned out. 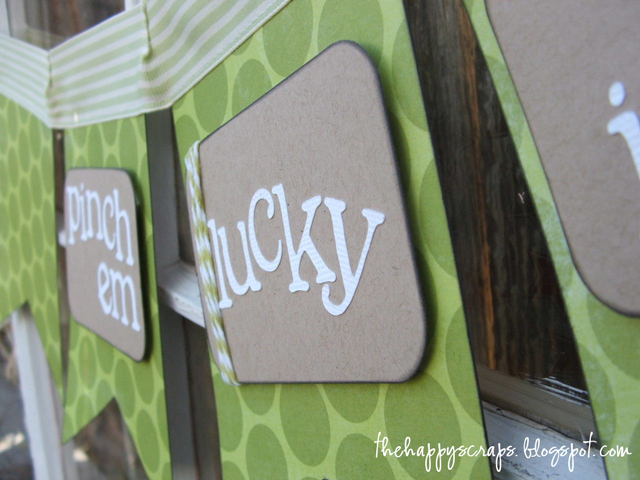 I was going to hang this old window up in our house, but I haven’t gotten that far yet, so I’ll probably just hang the banner up without it. 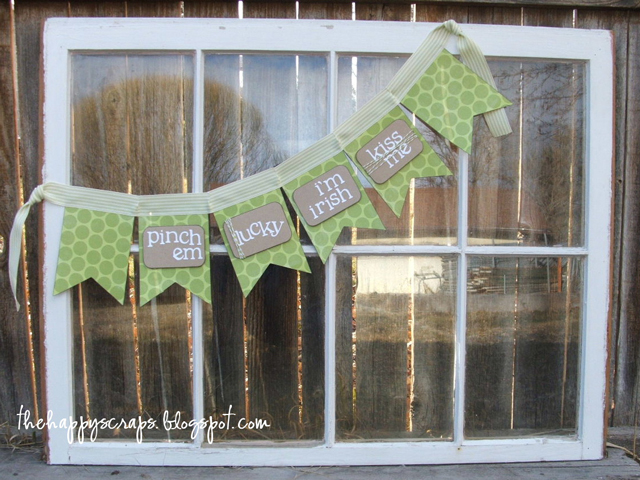 I just did some random sayings for the banner, things that went along with St. Patrick’s Day. Do you decorate with GREEN for the holiday?

The images and text on this site are copyright of The Happy Scraps. If you would like to feature a project or image on this site please email [email protected] Thank you! Please read the Privacy Policy and Disclosure here.
10 shares