Over on Instagram and Facebook, I’ve mentioned a couple of times that I have A LOT of little containers and packages that I’ve gotten from Pick Your Plum. I love being an affiliate of Pick Your Plum, but I sure don’t save any money! All the stuff they have is so fun! So much so, that I think I might need an intervention! Anyway, I decided that I would use some of the little containers to make some fun Valentine’s with. This Be Mine Valentine is the first one that I made. It was SO simple to put together.  I just used a clear tube that is just over 1″ square. 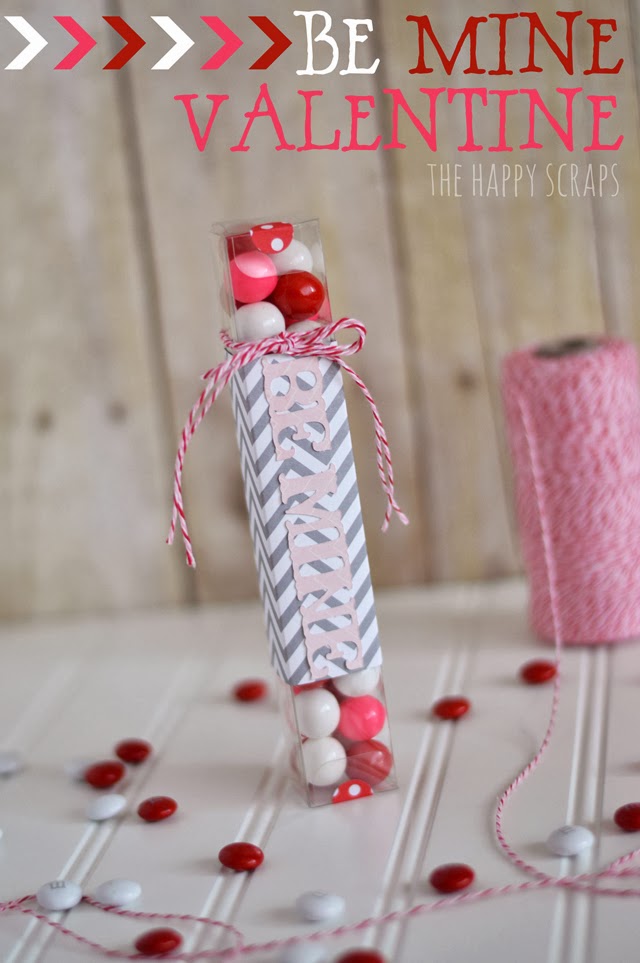 I trimmed a piece of gray chevron paper so it would wrap around the tube, and then scored the corners so I could fold it straight, then glued it on.  Then using my Cricut Expression, I cut the words BE MINE out of the Storybook Font, and glued it on. 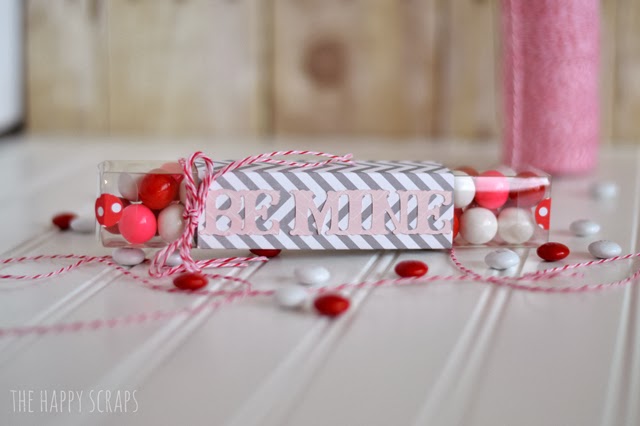 Once I was finished with that, I used some Valentine’s baker’s twine and wrapped it around and tied a bow.  I also used some fun little polka dot stickers to seal the top and bottom of the tube.  All that was left to do then was fill it up with something fun.  I chose to use mini gumballs.
It wouldn’t take long to make up a bunch of these and you’d have a cute little Valentine to give to anyone special.

The images and text on this site are copyright of The Happy Scraps. If you would like to feature a project or image on this site please email [email protected] Thank you! Please read the Privacy Policy and Disclosure here.
8 shares