Was going to share these last week, but decided to spend time with my boys, instead of editing photos. 🙂 It was time well spent! Anyway, these DIY Super Mario Brothers Costumes were what I put together for my boys last year. We had never done themed costumes before, and this kind of just happened by accident. One of them said they wanted to be Waluigi, then I had one say Mario, and by that point, I asked the other two, and they also wanted to be characters from the game, so we decided on a Toad costume for the littlest. I really adore the way they all turned out, but I never did get anything more than a cell phone pictures of them all. Oh well. I decided I loved them so much that I was going to share them anyway, even if the pictures weren’t great quality, because you can still get the idea of what all of them are. 🙂

This DIY Super Mario Brothers Costumes post contains affiliate links. If you click on an affiliate link and purchase something, you won’t pay anything extra, but it will help support this blog. All ideas and opinions are my own.

Start by finding some clothes that fit the child you’ll be making this for. I placed a pair of pants and shirt on the floor. I had my child lay down next to them to maker sure that I had the sizing/spacing about right. 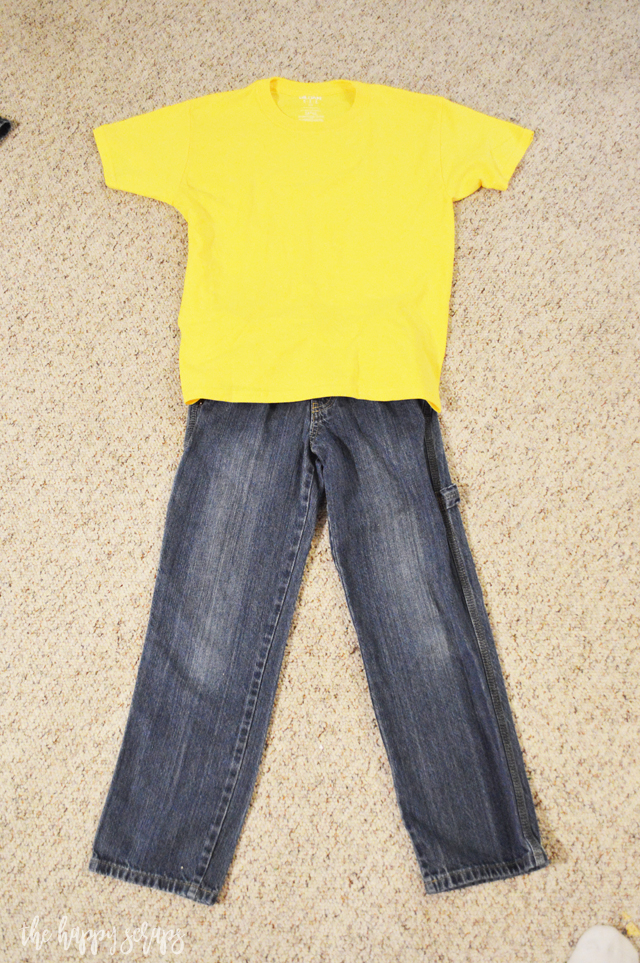 Then I lifted the clothes and placed a double layer of felt underneath the clothes. 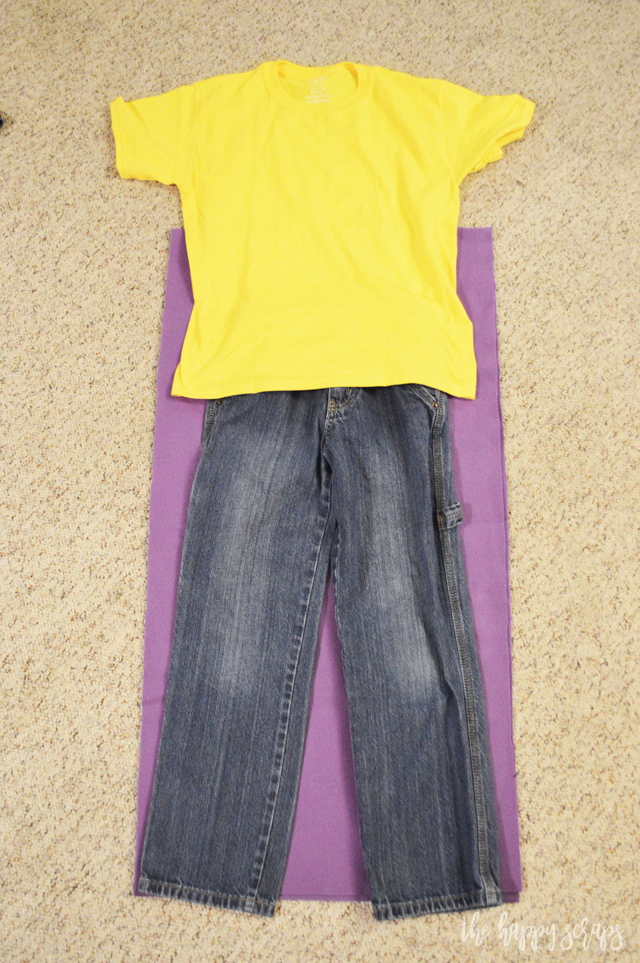 I cut out around the clothes leaving plenty of room for a seam allowance. 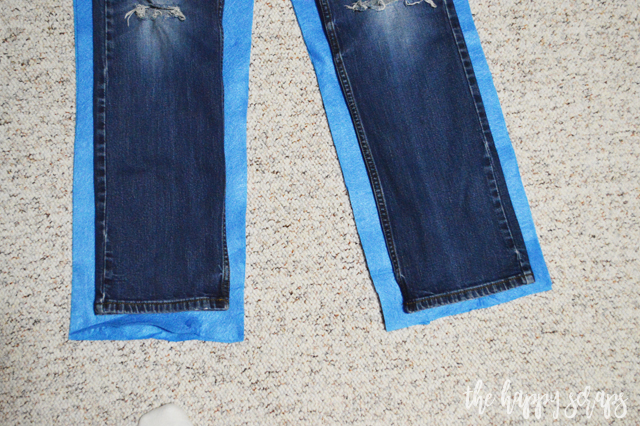 Next, I stitched around the piece with my sewing machine, leaving the top and leg bottoms open. 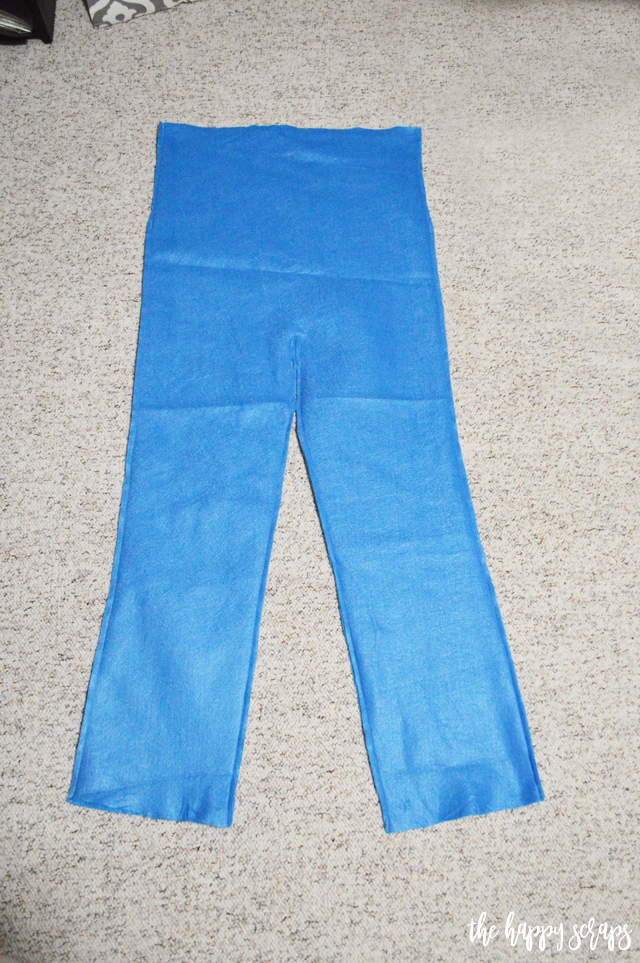 Once I had the pants sewn, I turned them right side out and tried them on whoever they were for. I measured up and over their shoulders to know how long I needed to make the straps. Then I stitched the back of the straps onto the back of the pants, and attached the front by sewing around the yellow circles. 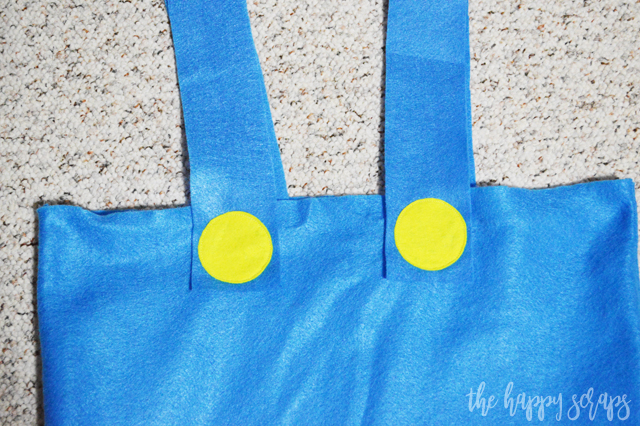 I repeated the same thing for each of the four pairs of overalls. 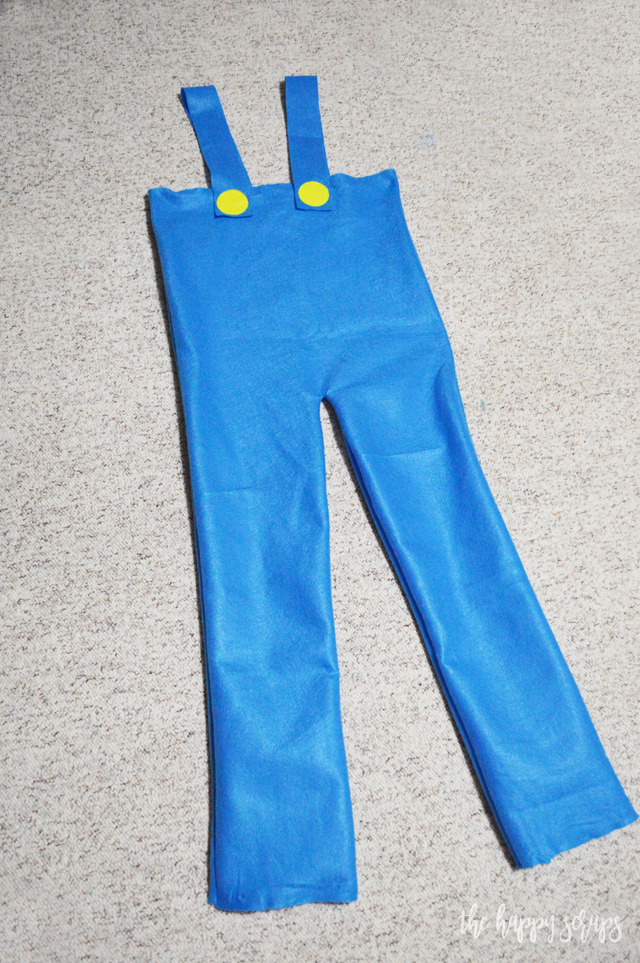 For the two costumes that needed shoe covers, I made them out of felt. I honestly didn’t think these would work, but they totally did. I cut two rectangles of felt that reached from the middle at the back of the shoe to the middle at the toe of the shoe. I stitched both ends together and put it over the shoe. Then I determined where I needed to sew to make it the shape and size that I needed. 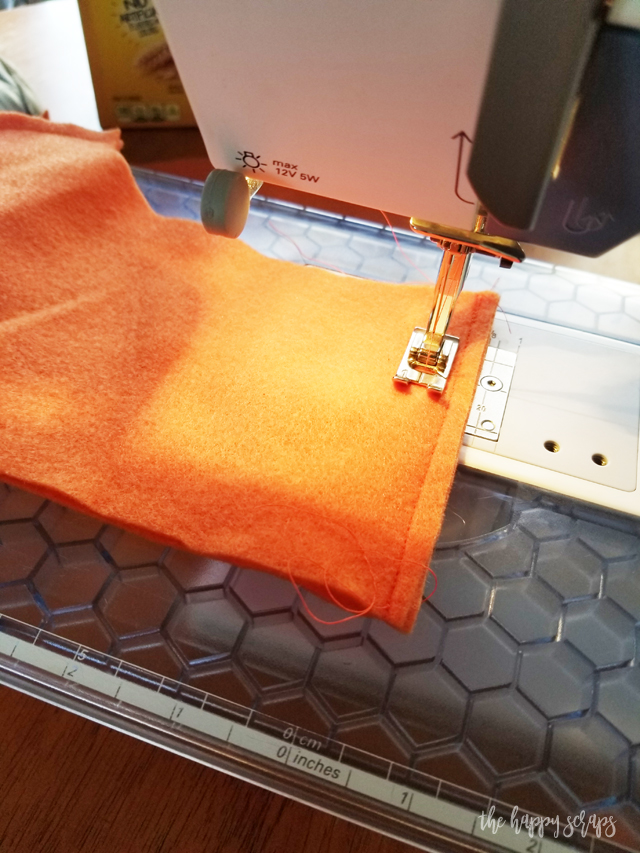 These turned out way better than I thought they would! 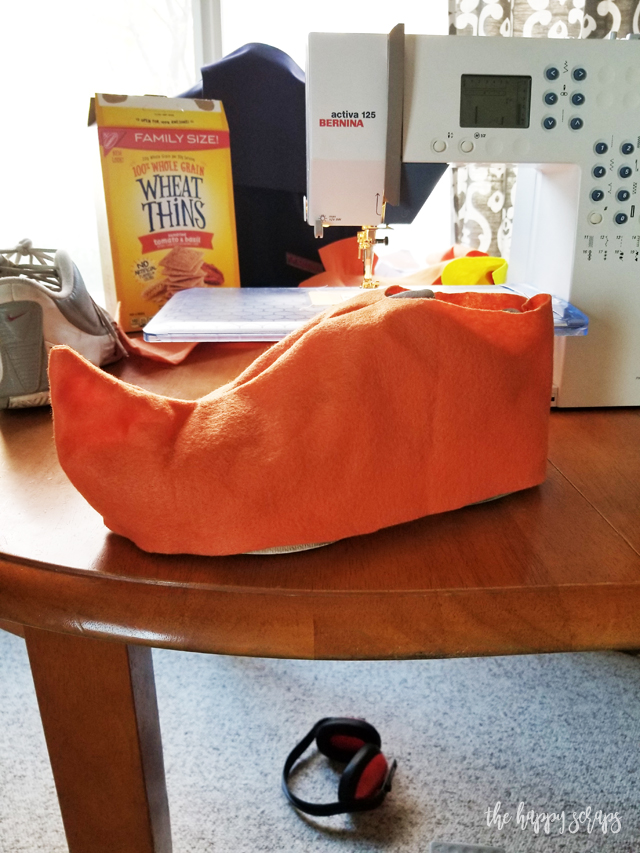 For the Toad suit, I used clothes as a pattern, similar to what I did for the overalls, but created a one piece body suit. I cut the diaper and vest out of felt. For the Toad hat, I cut a large circle out of white felt, and a few smaller circles out of red felt. I stitched around the red circles on the white circle. I created a band that fit around my sons head, and then pinned and sewed along the band, creating the Toad hat. 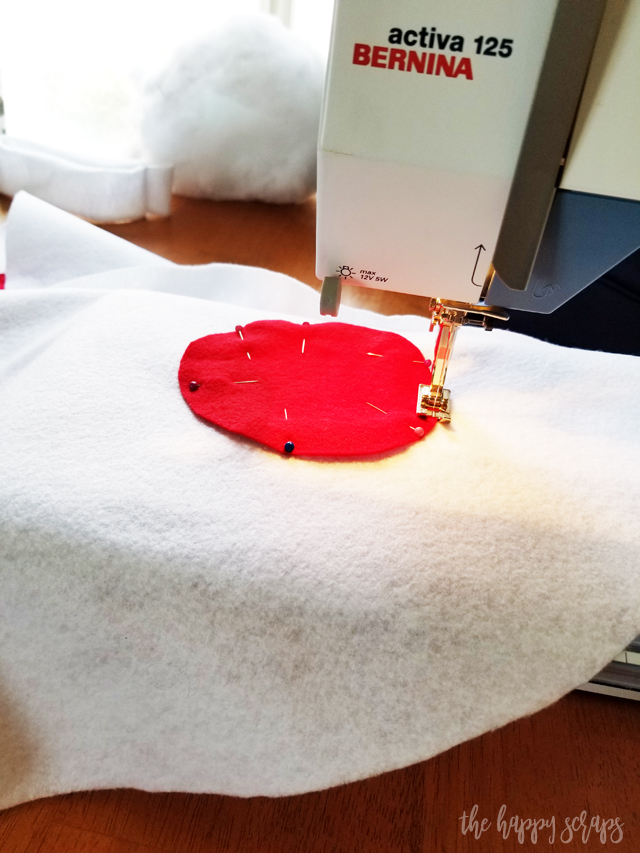 My boys absolutely love the way they all turned out! I was pretty excited with how they all turned out and came together as well! We just used face paint for their mustaches. For the hats, we had three of the four already, so that was nice. 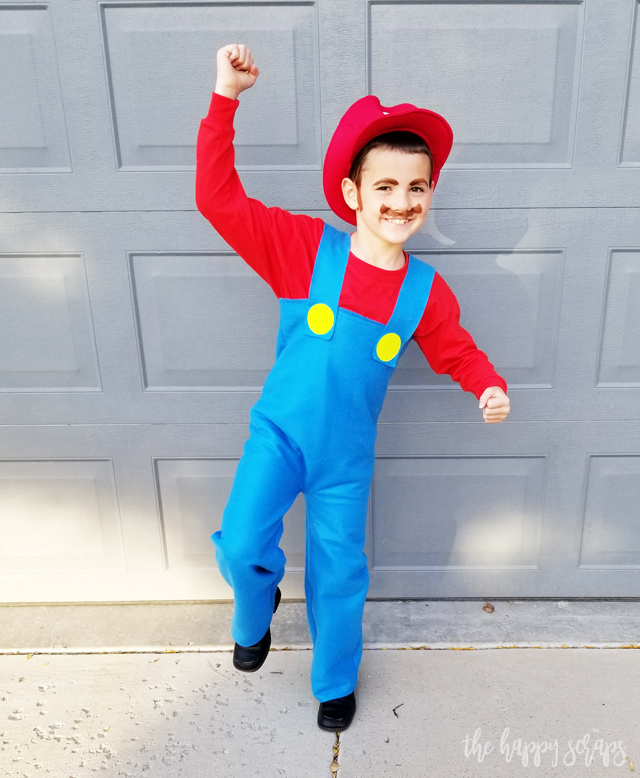 I looked up pictures of all of them to make sure that I got the makeup just right. I love the way they all pose just right for these, don’t you?! 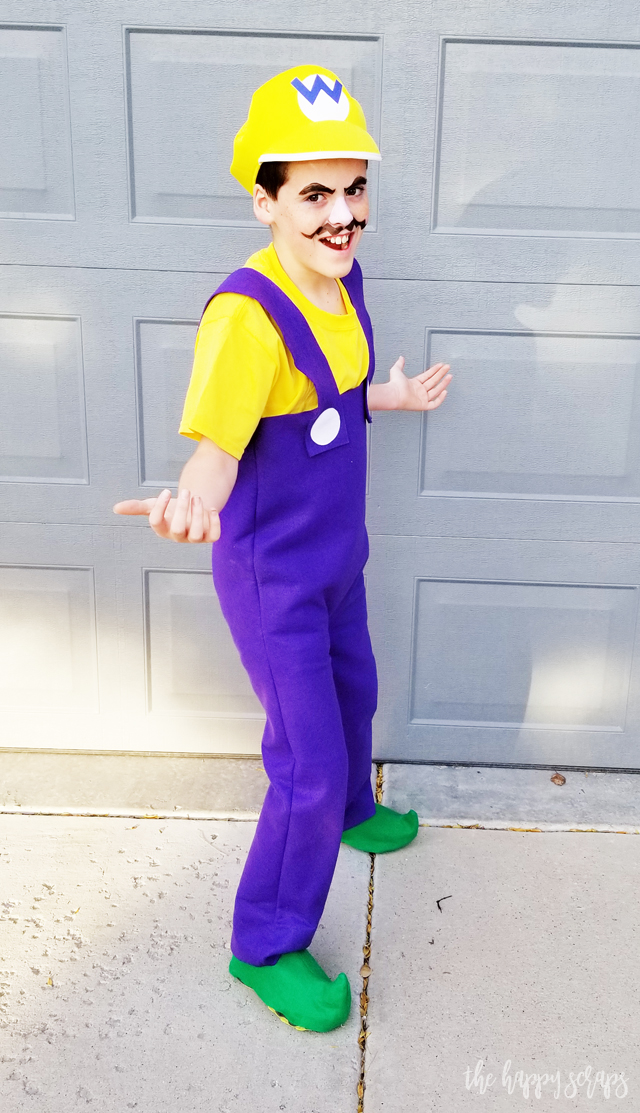 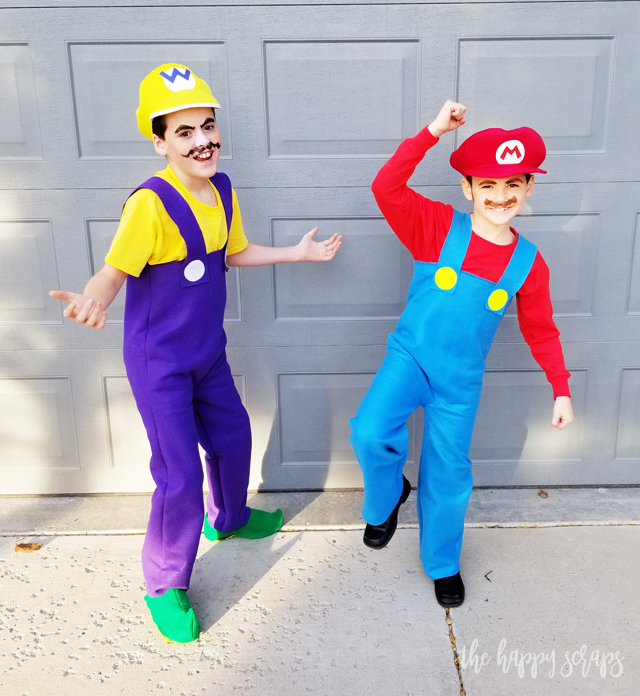 Toad wasn’t too happy about putting on his costume until he realized that he walked up to peoples doors and they gave him candy. Then he was okay. 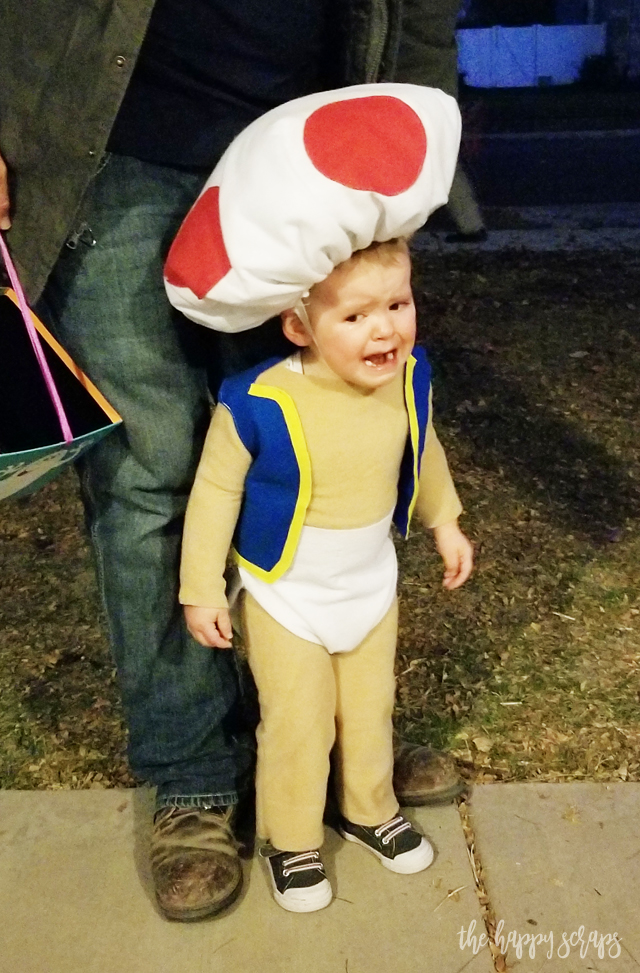 I had the hardest time finding a long sleeve green shirt, of all things, for the Luigi costume. I finally talked to a friend that owns a shirt printing business, and she hooked me up!

Waluigi is the one that started all of this! 🙂 His is the only hat that we didn’t already have. I looked at costume shops to find one, with no luck. I ended up finding a cheap police officer hat by the Halloween costumes at Walmart. I brought it home, unpicked the badge off of it and then spray painted it. Then I used foam sheets and felt to create the logo on the front of it. 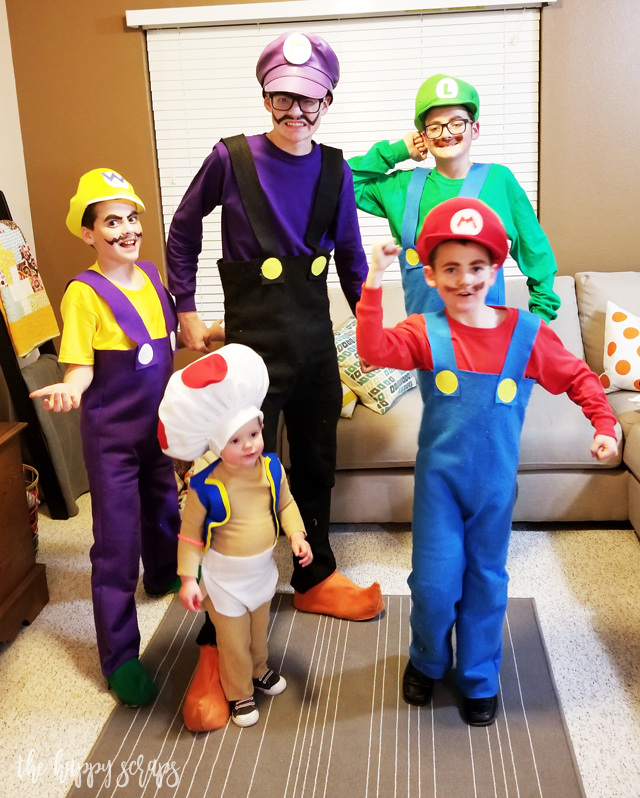 Are these DIY Super Mario Brothers Costumes ones that your kids would enjoy dressing up in? They really aren’t hard to make at all! I was surprised when I sat down to make these, just how quickly they came together. Also, felt is an awesome way to make costumes! It is fairly inexpensive, and comes in lots of colors. If you are looking for more fun costumes, check out the others that I’ve shared here.

The images and text on this site are copyright of The Happy Scraps. If you would like to feature a project or image on this site please email [email protected] Thank you! Please read the Privacy Policy and Disclosure here.
525 shares