It feels like it’s been a while since I’ve been around here, but I’ve been having fun playing with my little boys, and working on a few other projects that I’ve wanted to get done lately.  Hopefully I can share some of them with you before too long.  Today, I want to share a super duper, easy, end of the year teacher gift.  I realize that our school district is like the last one on the planet to get out of school for the year, so this is probably way to late for most people, but I’m sharing it anyway! 🙂
I’ve been trying to think of something I could give the teachers for a couple of weeks, and I thought I’d end up filling some kind of jar with a treat, and put a tag on it.  Then Debbie reminded me that we bought these fun tubes {I have no idea what they are called in the craft world} and so I was considering using them.  When it came down to it, I chose to use the tubes, over a jar, because it would cost less, but could still be cute! 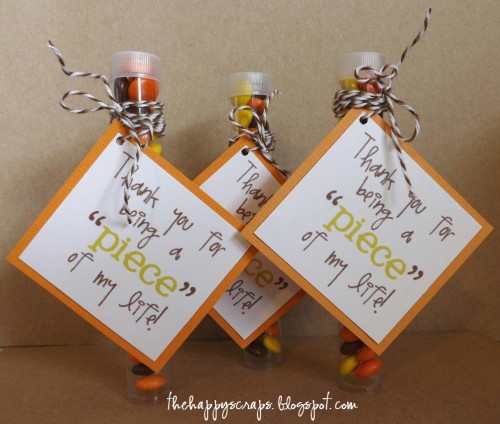 I filled the tubes with Reese’s Pieces, and put the cap on. 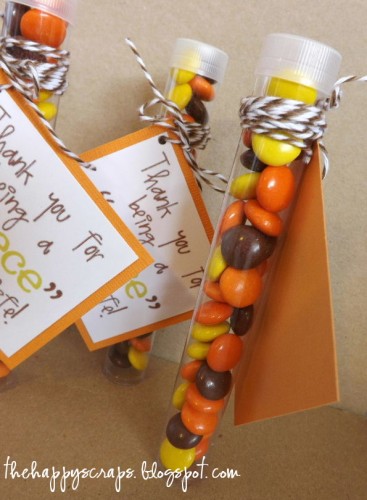 I used Photoshop Elements to create the saying, and then printed it out on white cardstock.  {Does anyone know what resolution to use so that when creating things to print in Photoshop, they don’t come out grainy?  I am NOT a printable expert! :)} 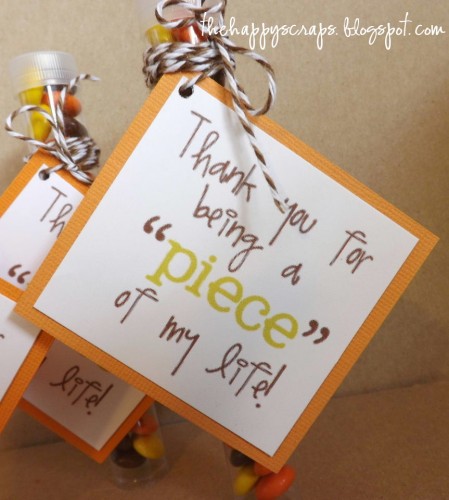 Once I had it printed, I mounted it on orange cardstock, punched a hole and tied it to the tube with some baker’s twine. It was SO easy, and quick!  And the teachers loved them.

The images and text on this site are copyright of The Happy Scraps. If you would like to feature a project or image on this site please email [email protected] Thank you! Please read the Privacy Policy and Disclosure here.
42 shares