I’ve never been one that really gets into making Halloween costumes. One year, my little boy wanted to be a skeleton, so we bought him some black sweats and I used freezer paper to stencil the bones. He love that costume, and I was glad he did. But creating costumes isn’t something that I get overly excited about. My boys always seem to be thinking of the costumes that they’d like for a month or two before Halloween. Last year, my 10 year old really wanted to be a Werewolf. I started looking at buying a costume, and then I started looking at creating my own. It was actually REALLY easy to put this DIY Werewolf Halloween Costume together. It didn’t take much time at all, and it was no-sew!

I went to Hobby Lobby and bought some fake fur and gray felt as well as Fabri-Tac. I found a pair of pants that was somewhat worn, and a pair we didn’t really use anymore, but still fit my son. I cut random pieces of fake fur and then used the Fabri-Tac to attach them to the pants. 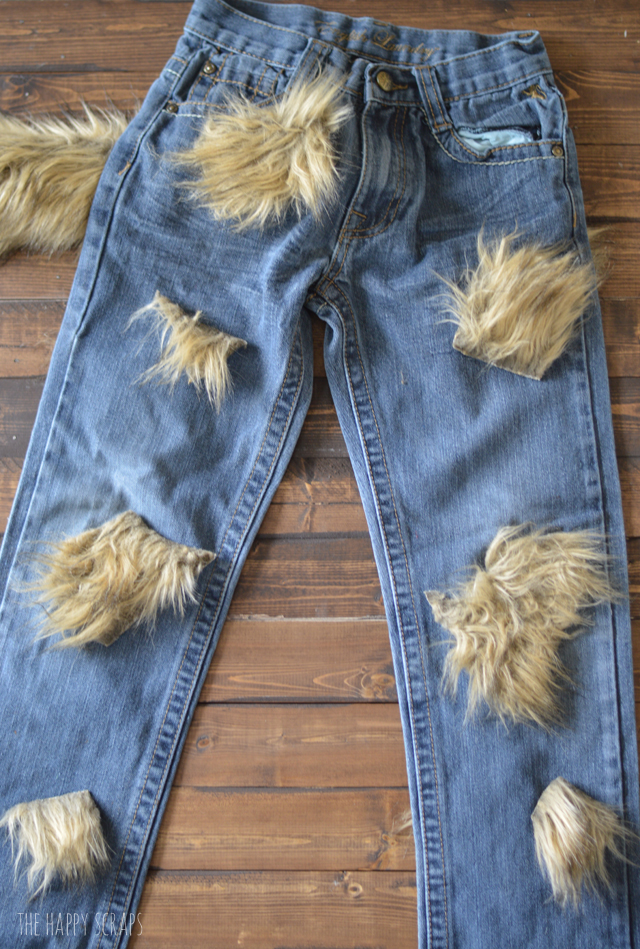 On the back, I created a tail. I didn’t sew this either. I rolled up some extra fur inside of itself. Then just glued it shut, then glued it to the back of the pants. 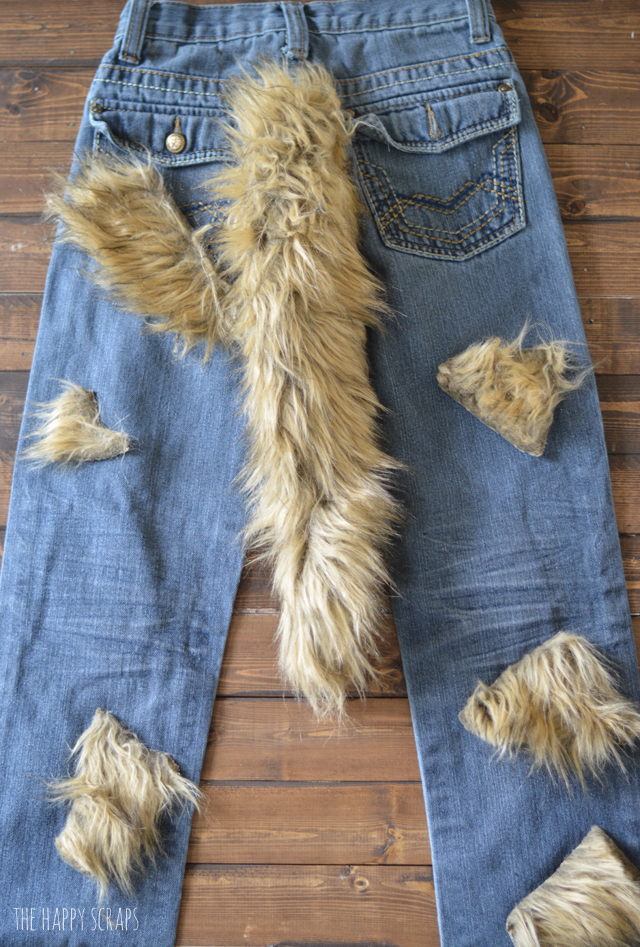 I used a cheap pair of gloves that I cut the fingers off of and glued some fur to them as well. 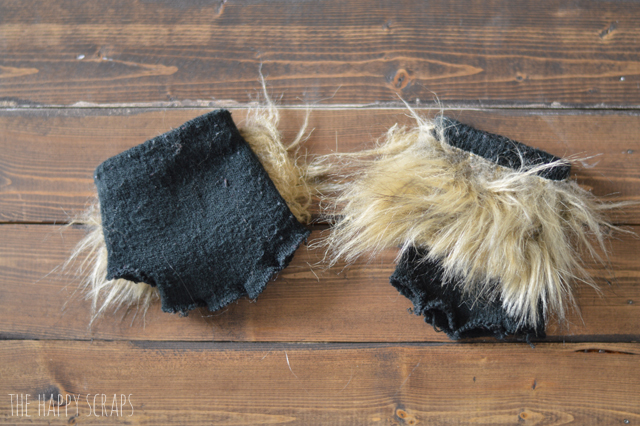 For the ears, I hand cut some gray felt into ear shapes. I cut a popsicle stick in half and then cut fur to fit the back of the ear. I sandwiched the popsicle stick inside of the ears. Then I used some elastic and sewed the ears to it, creating a headband. You could totally make this headband without sewing though. 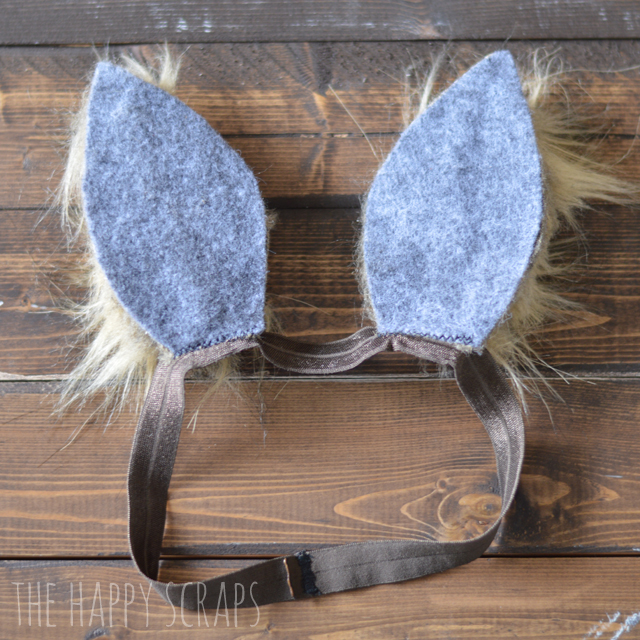 This is what the back of the ears look like. 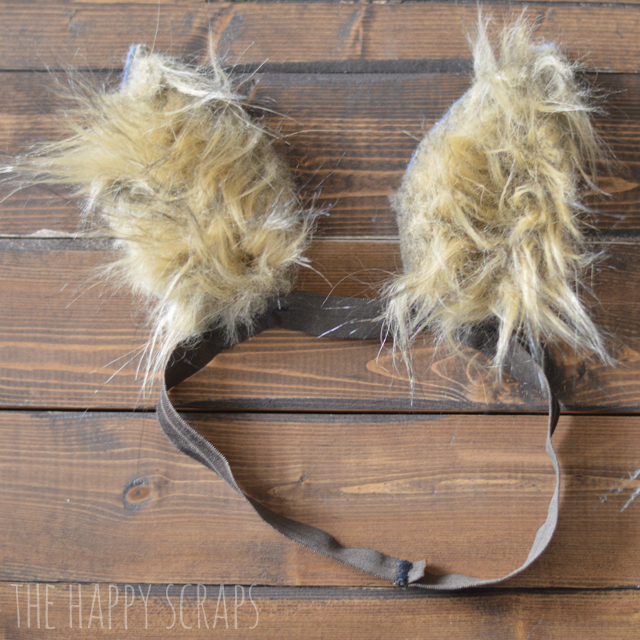 I did buy the shirt for the costume from Wal-mart, but for this costume, you could use almost any shirt. 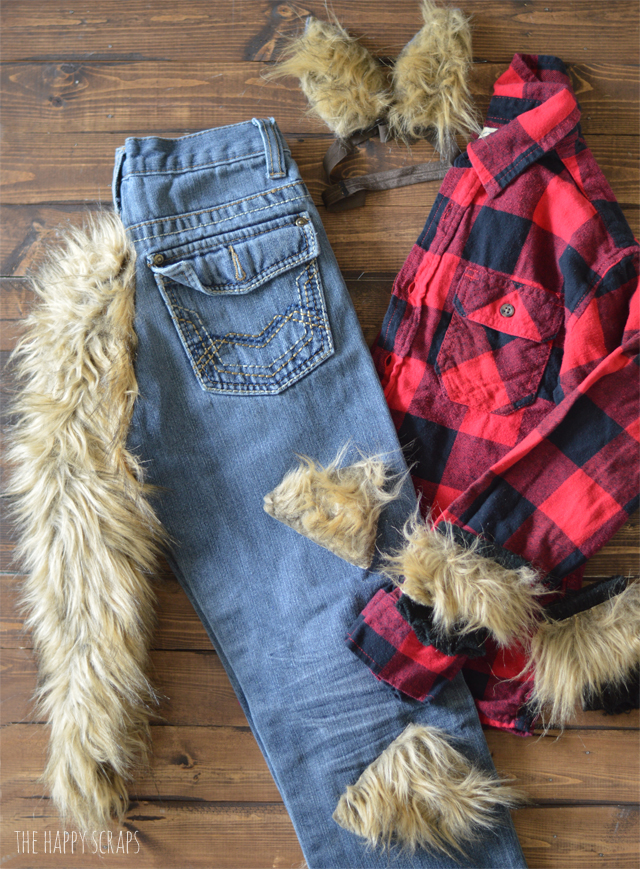 We put product in my sons hair to make it stand up, and then used face paint/makeup to make him look like a Werewolf. 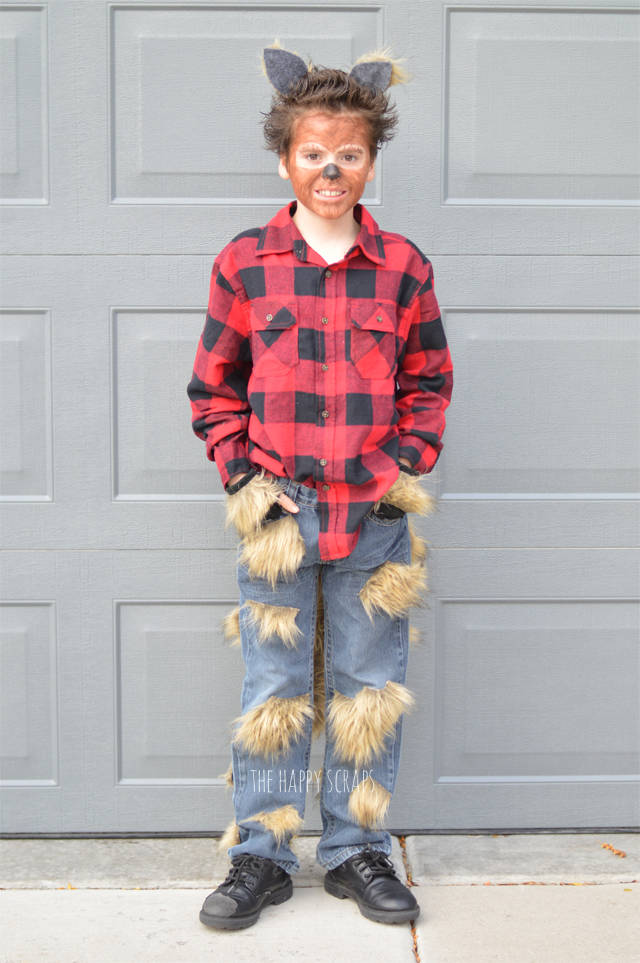 I actually really loved seeing this costume come together. It was so easy that I thought I’d share it here, just in case anyone else was looking for an easy DIY Werewolf Halloween Costume for one of their kids this year. Although this is the first time I’ve shared a costume idea here on the blog, I do have lots of other fun Halloween ideas, check them out here.