Gosh, I love banners. I just can’t stop making them. Even if I already have one for a holiday, I need more. 🙂 They are just SO fun to make! Today, I’m sharing this fun Bunny and Chick Easter Banner that I put together this week. 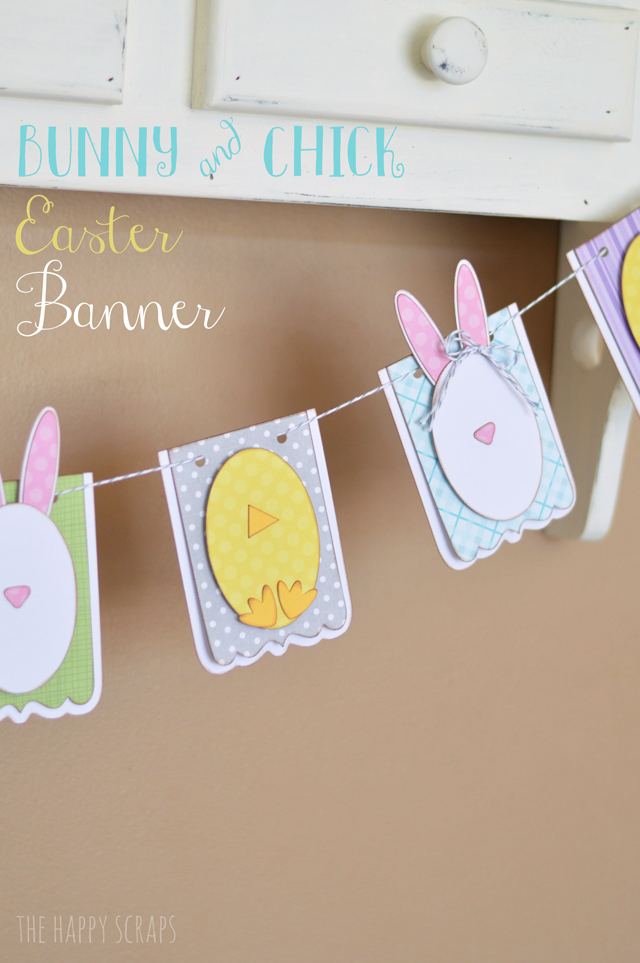 I cut everything out using my Cricut Explore (affiliate link) machine. The images I used for this project can be found on the Birthday Bash, George and Basic Shapes, and Doodlecharms cartridges. I cut out my banner shapes ovals, noses, and chick feet and then inked all the edges of them with brown ink. (The chick feet are made from welding 3 ovals together.) All of my patterned papers are the new Core’dinations Patterned Paper. I’ve been loving creating with it lately. 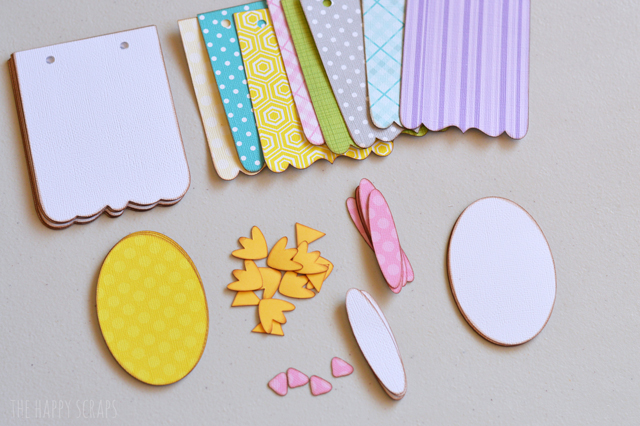 I started by putting a small strip of adhesive between the holes on the back of the colored banner pieces. 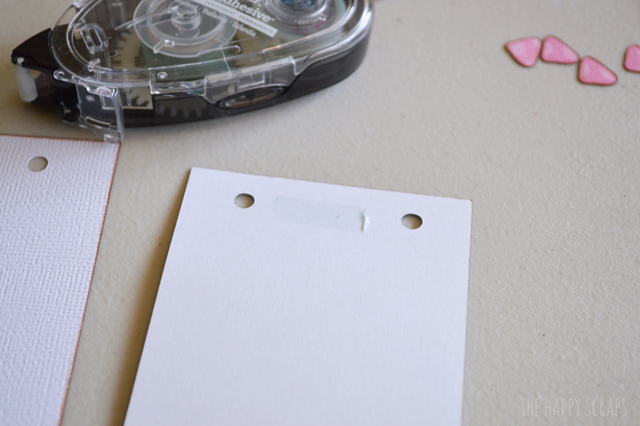 Then stuck it to the white background banner piece. 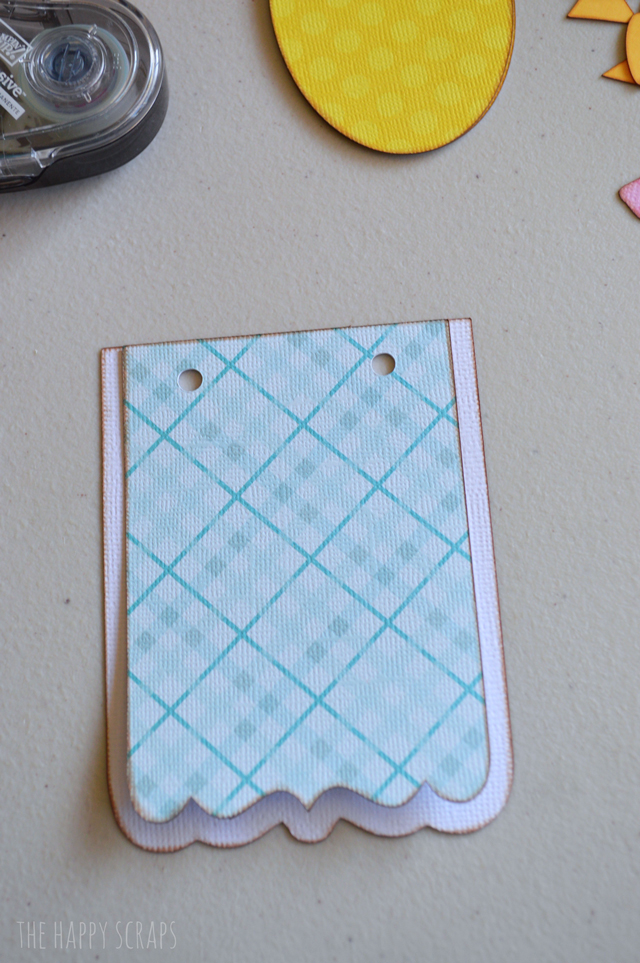 Next I put together my chicks. I used glue dots and put the beak and the feet on the egg. You could also draw eyes on there. I chose not to, but my five year old did let me know that they were missing their eyes. 🙂

I layered the two ovals together for each ear, and then I folded one ear down. I was making four bunnies, so I left both ears up on two of them and folded one ear down on the other two. I used glue dots to put the ears on the back of the oval, and also to affix the nose. 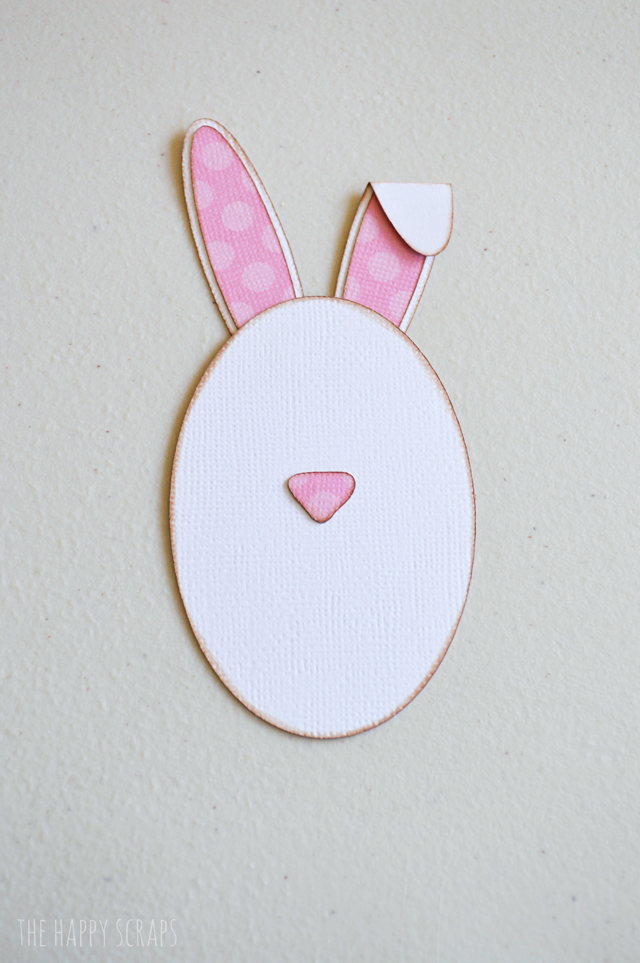 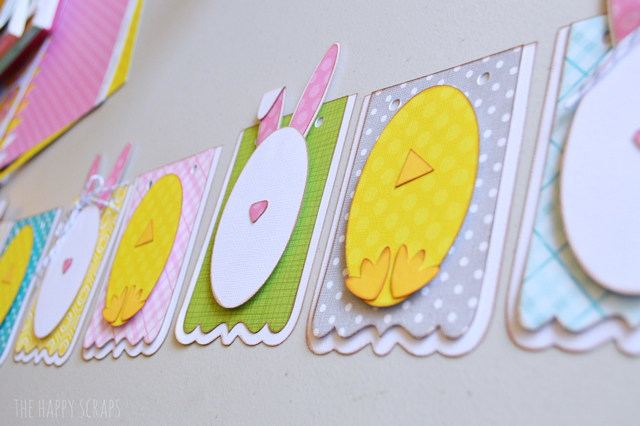 Then I hung it up! Here you can see how the baker’s twine bow looks on the bunny ear. 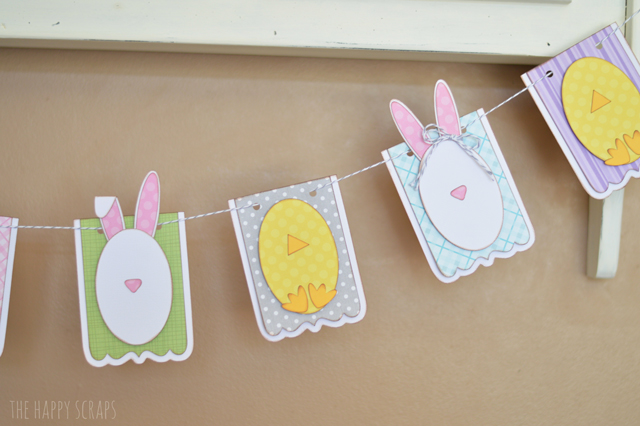 I love the dimension that is added, just by using the squares to lift the ovals off of the banner shapes. 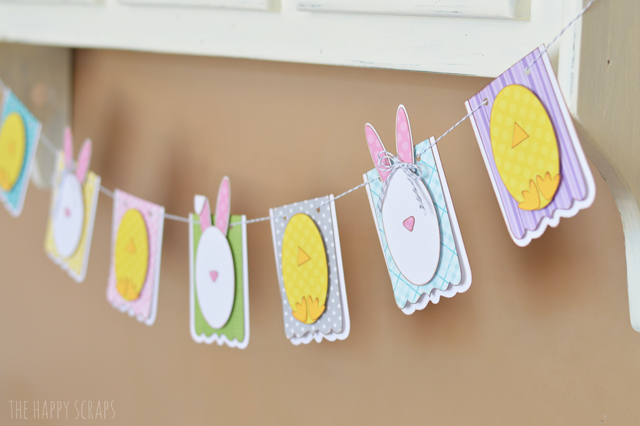 I think it is fun as well, that the banner shapes are only attached at the top, that helps add dimension too. 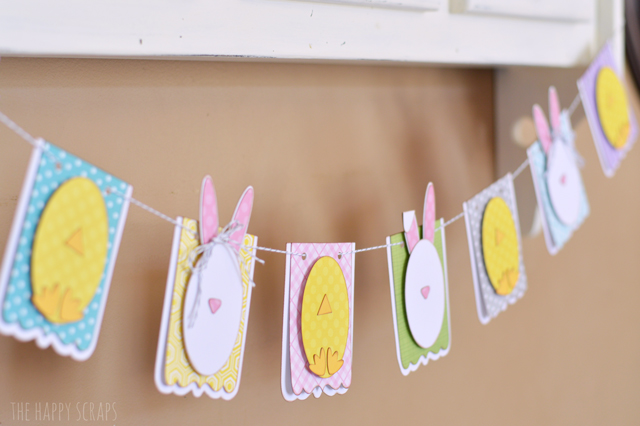 Here is a better look at the whole banner. I love that it is a pretty simple banner, but having the different colors makes it so festive and fun! 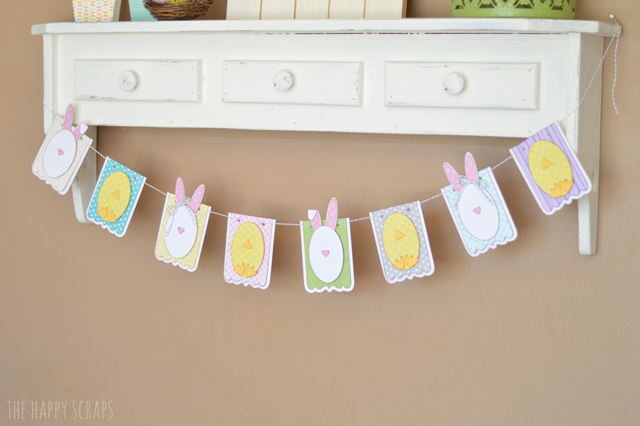 I was excited to get out some of my other spring and Easter decor that goes so well with this fun Bunny and Chick Easter Banner. My Paper Easter Wreath (that I took the nest out of and put on one of my shutters) is made from the same paper, so it matches perfectly! My Potted Spring Flowers match pretty well too! I got my green lantern from Pick Your Plum (affiliate link). 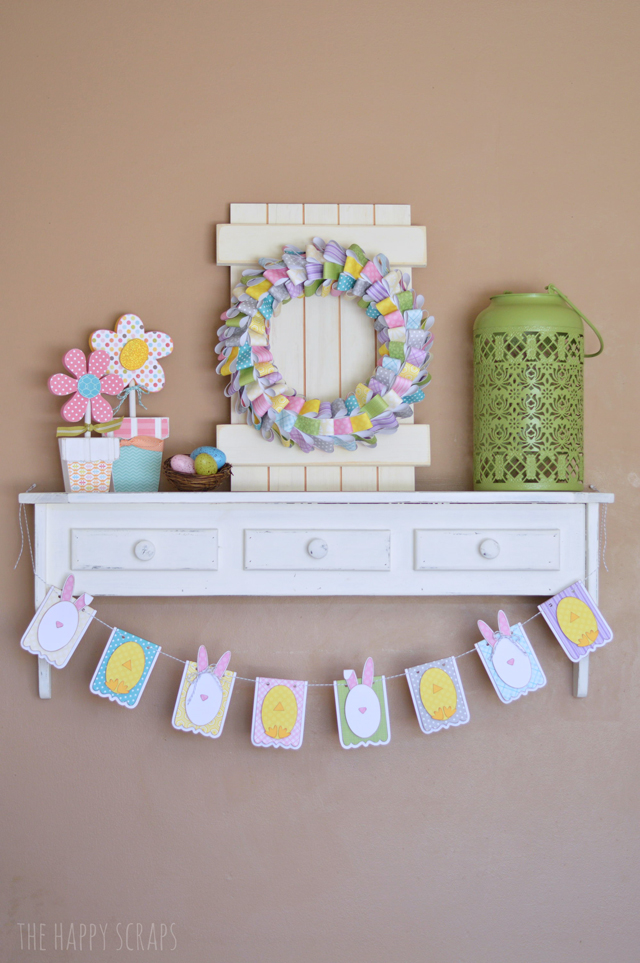 I’m pretty excited about the way my shelf is looking, at least for the Easter season!