For Christmas in 2016, one of our boys received a Rubik’s Cube. He loves that thing! I really think he has the kind of mind that can figure it out, but so far he hasn’t. However, he has a friend at school that knows how to solve it, so he’s figured out that if he takes it to school, he can get it fixed. 🙂 Anyway, last year when it came around to Valentine’s day, he decided that he wanted a rubik’s cube box. I figure it would be pretty easy to do. This Rubik’s Cube Valentine Box took a little more packing tape than the Heart Eyes Emoji Box and the Dice Box, but it still turned out fun, and for how happy my son was about it, I can’t complain. Also, he asked if he could use this box again this year, so I’m calling this a double win! 😉 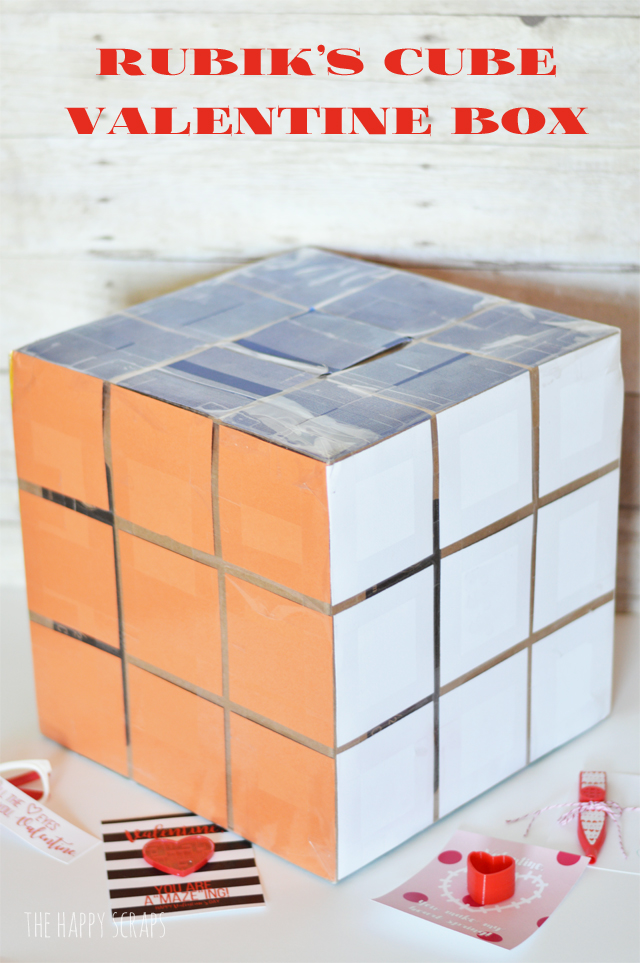 For this project, we pulled out my cardstock and found colors that were a close match to my sons rubik’s cube. Once we had the paper, we cut the squares down to size using my paper trimmer. For this box, I trimmed the squares to be 3 7/8″ square so that there would be a gap between them. Once we had them all cut, we just taped them on. The hole on this one is in the top at the center. We just cut around the center piece of blue cardstock for that.

It’s hard to tell in the pictures, but the packing tape doesn’t glare as much in real life. The pictures for sure have more of a glare. 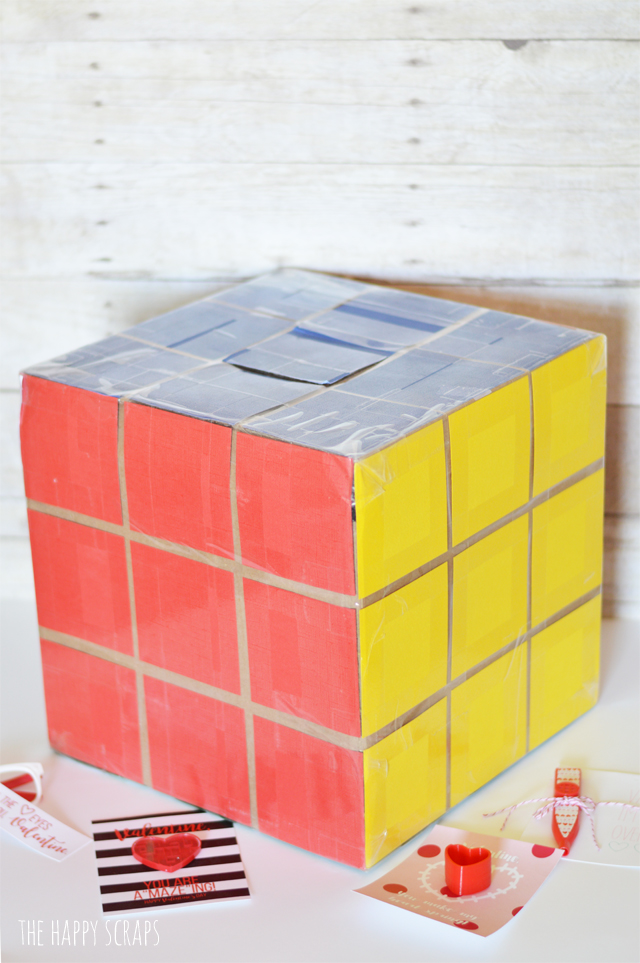 This is the last Valentine’s Day box I’m sharing this year, but I’ll have some more fun Valentine’s to share too. I hope you’ve enjoyed see this Rubik’s Cube Valentine Box as well as the others I’ve shared, and how easy they are to make. If you’re looking for fun Valentine’s that your kids can hand out at school, then check out my gallery here.

The images and text on this site are copyright of The Happy Scraps. If you would like to feature a project or image on this site please email [email protected] Thank you! Please read the Privacy Policy and Disclosure here.
120 shares